This tasks tests the ability of an animal to learn how to get reward by making specific responses to stimuli presented on a touch screen. The primary measure is the accuracy of how they touch the screen with their nose. There are several variants of this task, but the basic concept is that the animal must learn to touch the screen in response to a specific stimulus according to specific rules.

In the Visual Discrimination and Reversal learning task animals first learn that touching the screen for one of two stimuli is rewarded whereas the touching the other stimulus results in a 5 second “time out” with no reward delivery. Once the animal has acquired this discrimination then the correct and incorrect stimuli are reversed and the animal is further trained. 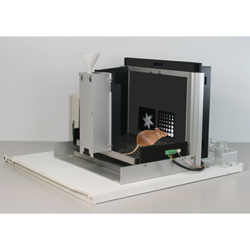 In the Trial Unique Non-matching to location task the animals have the option of pressing their nose in a number of different spatial locations on the screen. In the “sample” phase of the experiment one of these locations lights up with a white square. The square then disappears and after a brief delay the same square lights up again along with another square for the “test” phase. The animal must learn to touch the square that was not lit up during the sample phase. 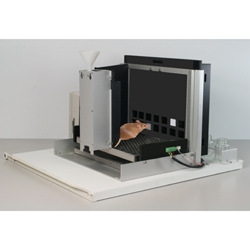 In the Object-Place Paired Associated Learning task animals have the option of touching their nose in three different locations. The experimenter defines three “correct” images that are specifically associated with one of these three locations. On each trial they are presented with different images in these locations and they are required to touch their nose only in the location that has the “correct” image in the right location. 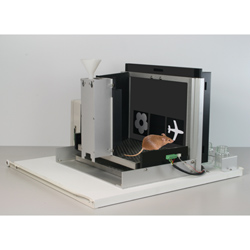 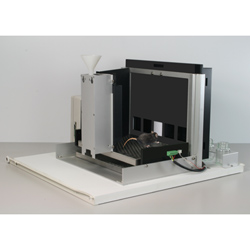 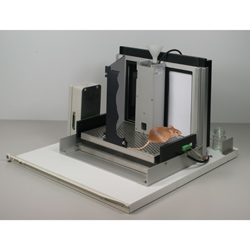 The reward in these task is either food pellets or a liquid reward such as sweetened condensed milk. In order to maintain motivation to perform the task the animals are therefore food deprived to 85% of their free-feeding body weight.